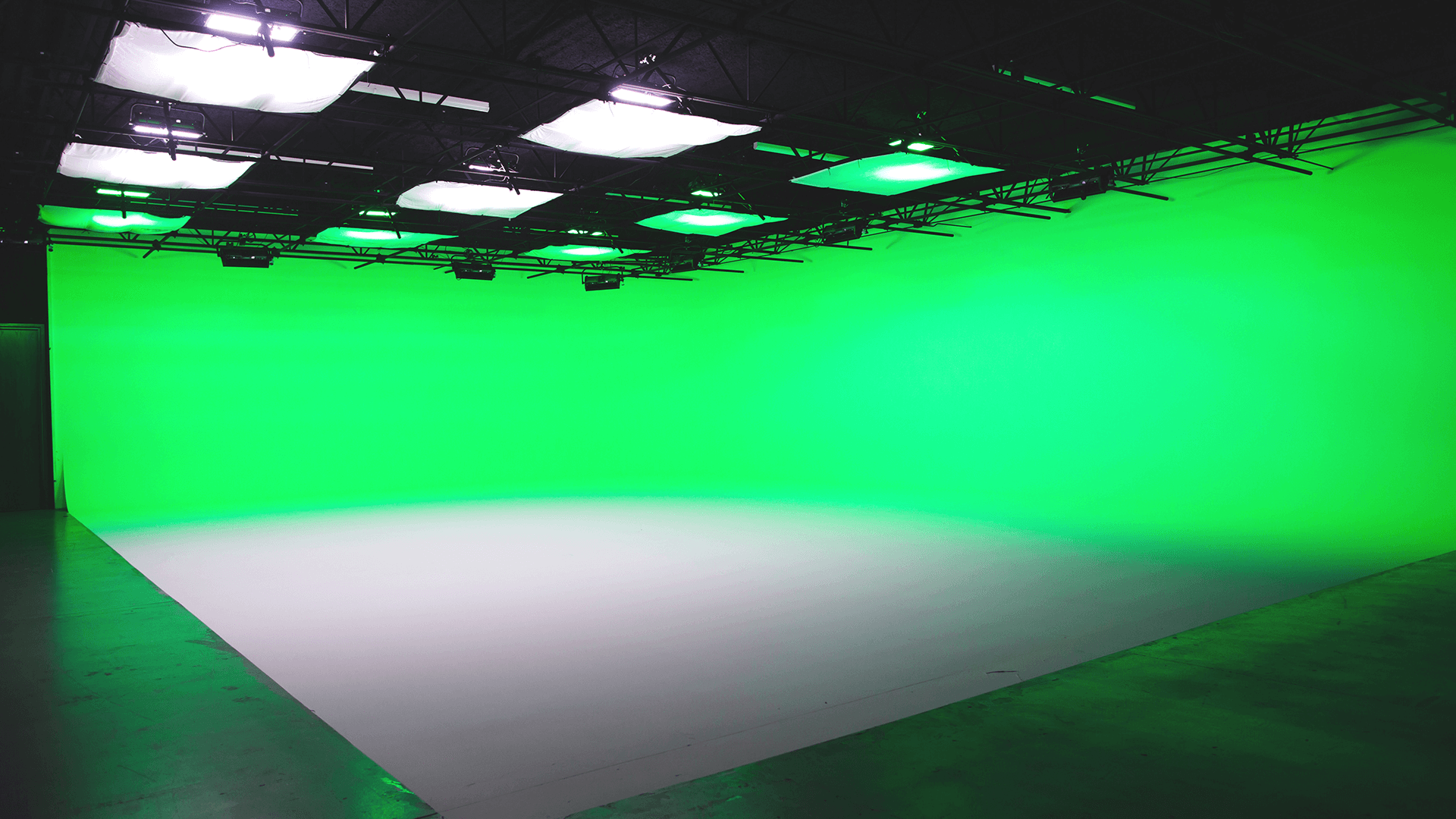 Amp Studios use their hearts, heads, and hands to produce media and experiences that inspire, connect, and ignite action. They stir emotion with motion images, transform information into visuals, and turn the abstract into lasting experiences.

AMP Studios in Dallas had moved from a smaller, ‘pocket’ studio in the downtown area of the city to new 10,000 square foot premises near the Lyndon Johnson Freeway. Their goal was to build a large production facility that would appeal to the widest clientele.

Studio Operations Manager Coleman McClung explains how their equipment investment reflects that ambition. “Our main studio, Studio A, is 6000 square feet with a 75 foot white Cyc wall, a kind of infinity wall with two 45˚ curved corners.

We now have 17 Litepanels Geminis up in the grid in Studio A which gives a clean wash across the wall as well as providing base overhead lighting – punching through some quarter silks.

Studio A has a lot of lighting already in place which is controlled by the Litepanels Apollo Bridge system hooked up to an iPad Pro. Coleman explains why AMP chose the Geminis, “The reason we went with them was honestly one of testing. We looked at what was out there in the market, we brought them in to the studio and shot them against the wall, pulled out our light meters and did a full gamut of tests. The compactness of the Gemini 2x1 Softs, the throw especially in a studio setting just worked really well for us.”

The Gemini investment and other new equipment has brought AMP Creative into a new era of lighting technology – the old ways were showing their age as Coleman explains. “We used to have a full lighting board for our Geminis and that worked OK but it was definitely designed around that old concept of traditional dimmer boards.

“It was tough when you had a client in the studio and they wanted something specific; it just took a long time. I couldn’t believe that there wasn’t a faster system. We reached out to Litepanels and asked whether there was a system that was on its way that would change the game.

“They told us about this new mainly wireless concept – it was before Apollo had its official name. The best way for us to assess it was to test it in the studio. Well, it took off with us and our clients, it was so easy to hook up and get started with. The fact that you could create projects was great and really connected with what we were trying to do here.

“The UI was a big selling point for us as there are not many control boards or lighting devices that you can hand off to a client and let them do their own thing. That’s very rare in this industry as everything fills a niche and everything is a required skill.

“When I talk to a DP coming into my studio and show him the UI, the ability for them to not have to talk to a technician or a studio manager and try to explain their vision or what they are trying to do with their project clears a lot of hurdles right out of the gate.

“The fact they can control the lighting and jump into FX programs on the light and immediately start crafting a scene just on an iPad is the biggest success in a production environment.”

How the Apollo Bridge sells the studio

Coleman finds that the Apollo Bridge system sells itself, especially when he has new clients coming in to look around. “It could be either a CEO or a production coordinator, they’ll see our systems and will book our stage as it seems like a step-up from what they’ve used in the past. It sells every tour that we take people on through the studio.

When you have a prep day, you have everyone trying to get their set-up, not only creatively configured but also just ready for the next day of shooting as fast as possible.”

Perhaps the biggest thing is that it allows you to get to your lighting set-up quicker. Time is everything in this industry.

The installation of the Litepanels Gemini lights has helped Coleman branch out to new clients. “Using the color capabilities of the Gemini with the Apollo Bridge allows us to approach new clients who aren’t looking for a production studio. We’ve had events like conferences, where we’ve thrown up corporate colors. We had the Dallas Cowboys so we had silver and blue lining the stage when they were here. Little touches like that can mean a lot to clients.”

But perhaps the biggest surprise for the company is the success of using the Geminis and Apollo Bridge to light green and blue screen sessions without painting the cyc wall.

Being able to take our very traditionally painted white cyc wall which is 75 feet long and with a touch of a button switch over to a lit green screen is amazing.

“Usually you’re spending 1000s of dollars to paint a stage that size especially with chroma key paint which is expensive. Now we just press a button and turn the wall green." says Coleman.

“We tested with some DPs who we work with a lot to make sure we weren’t going to have issues with a lit green screen versus a painted green screen. Our tests found that we do get a little bit more bleed onto talent so we re-worked the system to move the talent away from the wall and once you start lighting them separately it kills any of the green light spill.

Once we did that we found we got a better key for post production off a lit green screen versus a painted green screen. It’s a game changer, especially for live broadcast keying. We can bring in our broadcast set-up and do live keying without as many digital assets or artifacts popping up or not getting the best key. We’ve sold clients on the how good the key looks and how minimal the change is on the lighting side.

AMP Studios' core is about being on the bleeding edge of tech. "Virtual production is our goal right now. The unique thing about that is you can build an XR stage for instance and your neighbour could build their version of it with completely different capabilities. What’s exciting for me is to build a stage that is doing something new and different even from some of the larger stages." explains Coleman.

As for the Apollo Bridge system, what sets it apart is just how reliable the system is, it doesn’t go down or have network issues.

There are many other lighting control systems that allow you to do things wirelessly and they won’t use dual-band Wi-Fi which is a big advantage of the Apollo." Says Coleman. "For me the UI is a stand-out feature: how intuitive the software is for the client, but also a technician who is using it daily to preview set-ups or coordinate the lighting, to get it ready for another client. It’s simple yet deep.”

If you missed our webinar with Coleman, you can catch up and watch the recording below as we discuss Simplifying Studio Operations with Wireless Lighting Control.

Discover more about Apollo or locate your nearest dealer here. 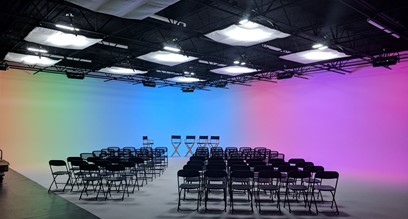 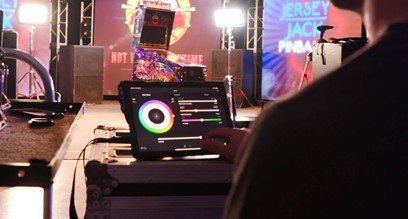 Concert lighting with a twist