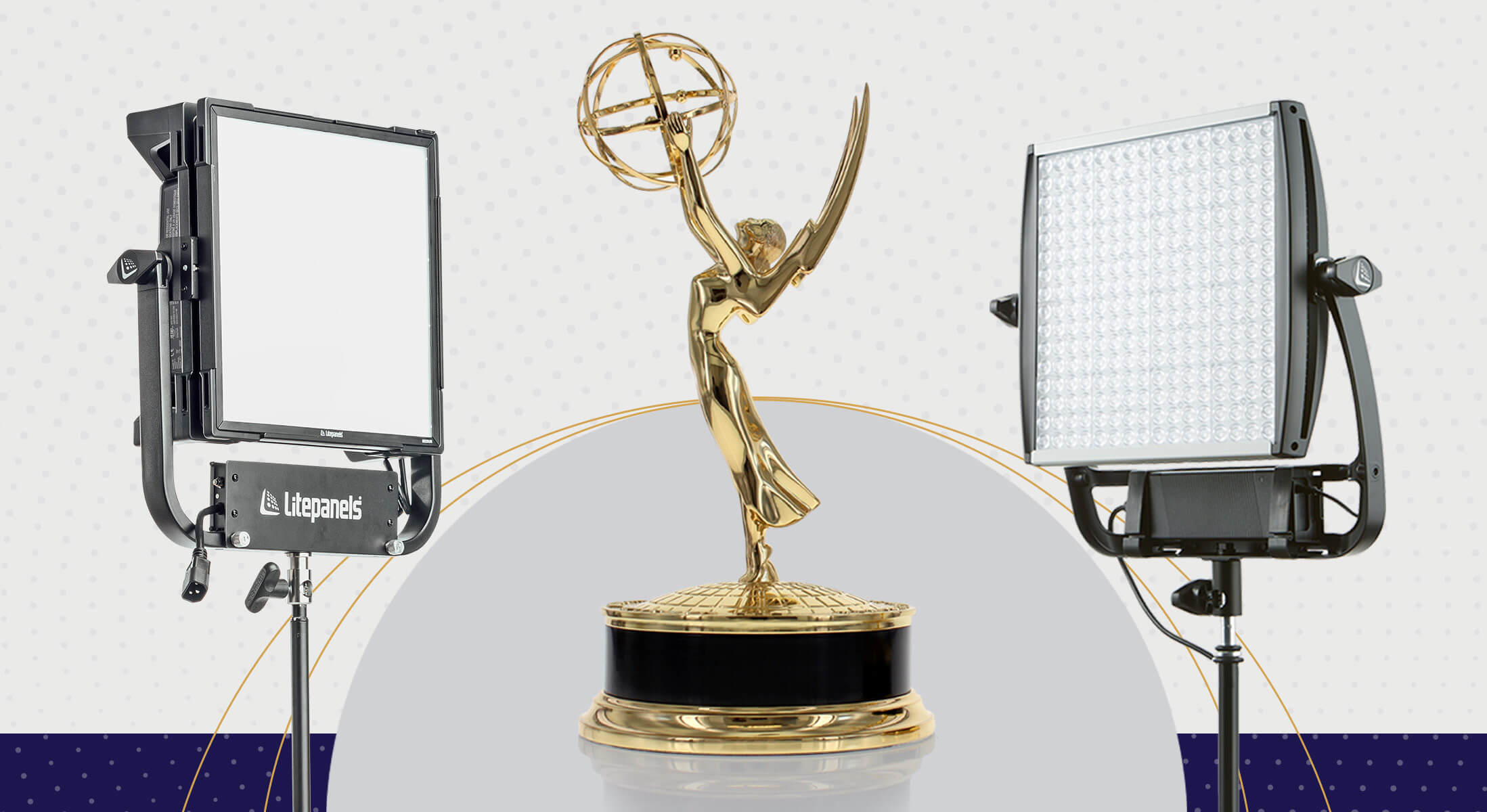 Litepanels has been honored at the 72nd Annual Technology & Engineering Emmy® Awards for its pioneering development of LED lighting for television production. The National Academy of Television Arts & Sciences presents the Technology & Engineering Emmy Award to honor development and innovation in broadcast technology that is so extensive an improvement on existing methods or is so innovative that it has materially affected television production.

The award recognizes Litepanels’ pioneering spirit as the originators of LED panel lighting and 20 years of continual innovation in television and motion picture lighting. Starting with the original 1x1 LED panel, and building on that success, Litepanels has developed ever-more innovative broadcast and cinematic lighting solutions. Its industry leading LED lighting fixtures, including on-camera lights, Fresnels, RGB special effects lighting and advanced wireless control systems, have become a staple in television production around the world.

Litepanels was founded in 2001 by five Hollywood gaffers and lighting engineers who wanted to revolutionize production lighting using newly emerging LED technology. They developed a lightweight, slim-profile 1x1 panel that produced an HD-friendly light. With outstanding color accuracy, the light could be infinitely dimmed with no noticeable shift in color temperature and was eco-friendly drawing less energy to lower running costs while generating practically no heat to keep the on-screen talent comfortable.

With an ever-increasing range of solutions including on-camera lights, Fresnels, RGB special effects lighting and advanced wireless control systems, Litepanels has become the industry standard for productions wanting to benefit from the eco-friendly, low heat benefits of LED lighting. And Litepanels lighting solutions extend beyond television and feature production, to include the White House and Pentagon Briefing Rooms, and even the International Space Station.

“Litepanels have been at the forefront of LED technology for television lighting for 20 years.” said Nicola Dal Toso, CEO Vitec Production Solutions, “Pushing against the beliefs held at the time of the capabilities of LED technology, we created a revolutionary product that changed broadcast lighting forever.” He added, “We are proud to have been recognized again by the National Academy of Arts and Sciences with this iconic award for our role in advancing the broadcast lighting industry.”

“It is an honor to be recognized a third time by the National Academy of Television Arts & Sciences for our pioneering work in LED lighting technology” said Litepanels co-founder, Pat Grosswendt. “This award is testament to the ground-breaking vision with my four original partners, and the continuing dedication of the entire Litepanels team to understanding the everyday lighting challenges in television lighting to develop ever more innovative technical and creative solutions.”

This year’s recipients will be honored at the 72nd Annual Technology & Engineering Emmy Awards Ceremony, which is scheduled to be a virtual ceremony in partnership with the National Association of Broadcasters (NAB) on November 4, 2021.

The awards ceremony can be viewed here: Watch.TheEmmys.TV.