Colors of her life

Color is a powerful motif in Lee Daniels’ moving biopic “The United States vs Billie Holiday”, both physically and metaphorically. From the stark black and white battle lines of the 1930s civil rights movement, the red, white and blue of the hostile federal government to the impassioned and legendary blues performances of jazz vocalist, Billie Holiday.

Lighting was a key element for the character-driven narrative which demanded authentic visuals on screen for audiences to be fully engaged and emersed. To recreate the look and feel of the 1930s at the peak of the Jazz Age, cinematographer, Andrew Dunn BSC and chief lighting technician, Eames Gagnon worked together to craft authentic period visuals using techniques such as shooting on film, using a pair of Panaflex cameras with 50-year-old C and E series anamorphic glass, employing filtration and haze, a variety of camera movements as well as a mixture of traditional and modern lighting techniques.

“A period piece shot on film necessitated the use of organic sources for an ‘old school’ look, so one of Andrew’s directives was that we incorporate as many tungsten sources as possible.” Says Eames. “But that did not mean we would eliminate LED lighting sources, rather we would ‘selectively’ employ the use of contemporary fixtures to make use of the many benefits of modern lighting that we enjoy on present-day film sets.”  One of the LED lights of choice on the production was Litepanels’ Gemini 1x1 Soft RGBWW LED panel which proved to be a workhorse on set.

“The quality of Tungsten light, passing through the lens and recorded on to the film emulsion, was fundamental in the human connection we wanted to achieve.” Says Andrew. “However we kept the level of our energy consumption very much in mind, and used LEDs where we could, such as the Litepanels Geminis.”

Although Eames has been using Litepanels fixtures for over a decade this was his first experience of using a fixture from the RGBWW Gemini range. “It was easily adaptable to all kinds of lighting conditions,” he says. “We could fit the light into small spaces, slap a battery on it and use it quickly when there was no direct power.” With a CCT range of 2,700K – 10,000K and 300 digital gels that can be used over a daylight or tungsten source, the Gemini had more than enough creative versatility to meet the period lighting challenge. “It ultimately proved to be a light weight and extremely manageable source,” says Eames. “Powerful enough to be softened and sculpted and easily employed in varying lighting conditions and in a variety of locations with physical constraints.”

To tell the story of a singer as iconic as Billie Holiday, a biopic naturally needs to include scenes of her influential songs.  With each song Dunn tried to create a distinctive visual look to match the point in her life where the song had personal meaning either through a relationship or the experience of being a black woman in the USA at that time.  Different methods of camera movement and lighting were used convey her thoughts and emotions such as keeping the camera alive and moving in scenes where she was having a good time with her audience.  The versatility of Gemini was key in these scenes. “We could dial in any mixable colour we wanted,” says Eames. “The gel library was extensive which proved highly advantageous as Lee and Andrew had made the decision to employ a wide variety of color with an extensive colour palette in order to recount the life story of our protagonist.”

Lighting was arranged so that the cast could react without being given direction.  Eames explains, “As it is fully DMX-able we were able to easily incorporate the Gemini into our lighting console environment operating on multiple Universes, thus having full remote control over the unit. This proved to be highly advantageous, allowing for instantaneous changes on the fly for color and level. The LED source was ‘clean’, with no discernible green or magenta spike, and we still had full control of color temperature with fine control of green/magenta.”

The versatility of Gemini was key in these scenes. We could dial in any mixable colour we wanted.

Making “The United States vs Billie Holiday” was intensely rigorous but, according to Eames, also tremendously rewarding.  In the run-up to production there were discussions on whether the film would be shot in Glasgow, Liverpool, New Orleans, Atlanta, or Philadelphia but, in the end, Montreal turned out to be an ideal double for period New York and parts of rural America. So, beginning on a beautiful sunny fall day, 44 Days of shooting over 56 sets built on locations and in studio followed, finally wrapping on a cold wintry night in December.

The film was released in February 2021, streaming on Sky Cinema and on Hulu who reported that the film was the most-watched film over its first three days of release.  It went on to receive several accolades including a Golden Globe award for Andra Day as Billie Holiday.

For Eames’ first experience of using the Litepanels Gemini, he says,

The Litepanels Gemini, with its extensive features, powerful, ‘clean’ source, and light weight has now become a mainstay and workhorse of our lighting package

Discover more about the Gemini series of RGBWW LED panels or locate your nearest dealer here. 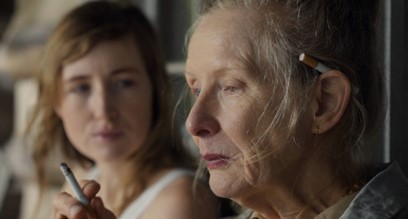 Turning on the sun for ‘Mountain Rest’