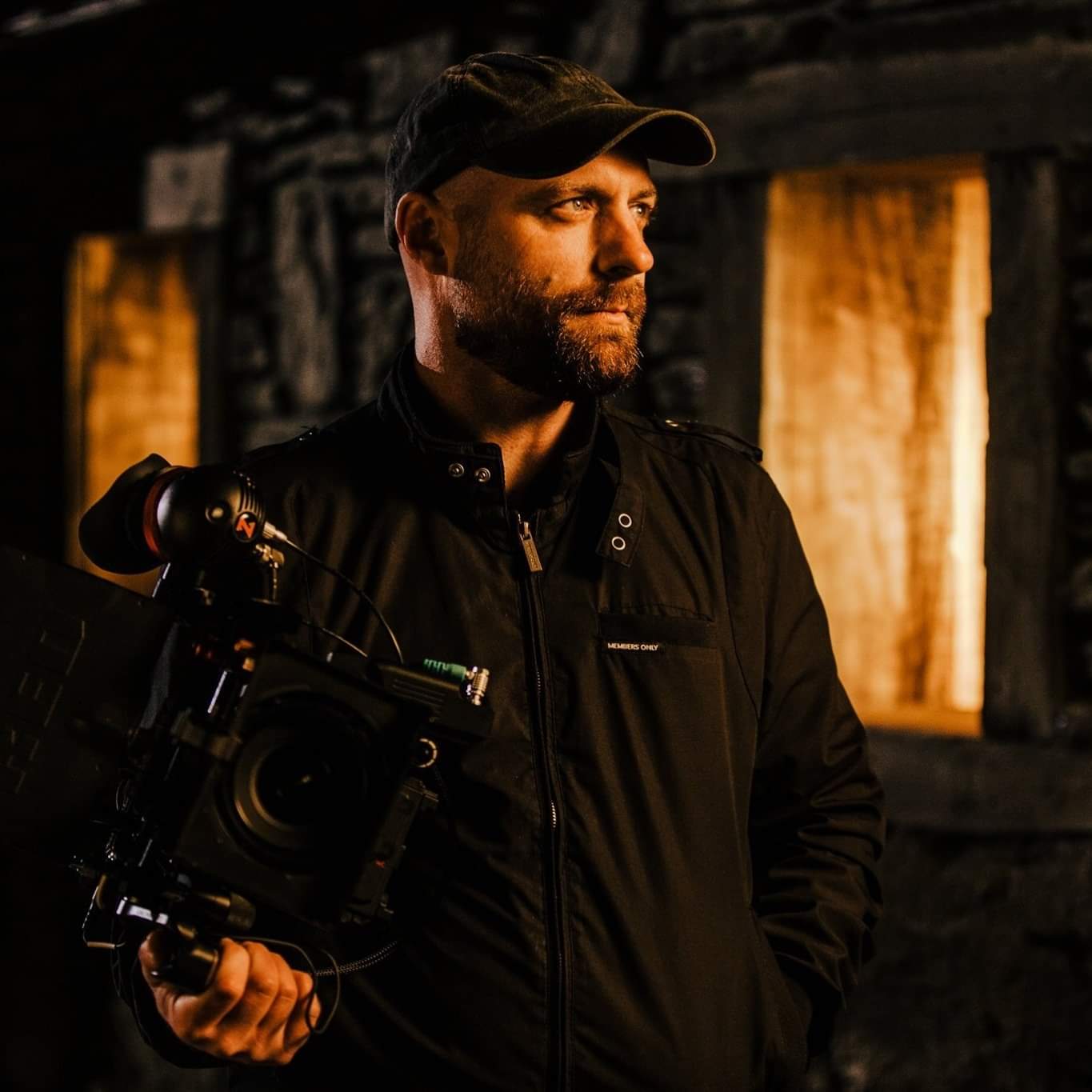 An established talent in the Los Angeles indie filmmaking scene, William Hellmuth is a strong believer in the storytelling role of lighting. His unique cine-style and lighting approach are on full display in his latest feature film, “Drive All Night.”

Cinematographer William Helmuth has a signature look, and lighting plays a starring role.

William describes himself as a narrative storyteller who uses lighting to capture moments of truth. He draws inspiration from Christopher Doyle, the award-winning cinematographer best known for his work with director Wong Kar-wai on movies such as “2046” and “In the Mood for Love.” That inspiration suffuses William’s work with rich, but tasteful, color palettes and artistic use of shadows and highlights.

“For me, cinematography is not just about getting some nice images – it’s about telling truths. That’s what gets me the most excited about a project,” he says. “I love being able to tell a story with imagery and capturing something that’s real, whether through performance or visual symbolism.”

William’s cine-style lighting approach is on powerful display in his newest project, a feature film called ‘Drive All Night.’

Directed by Peter Hsieh, “Drive All Night” traces one eventful night for a taxi driver who picks up a mysterious young woman. She takes him for the ride of his life, and the action unfolds in a series of visually captivating locations – a video arcade bar, a hotel room, the night-time roadscapes of Los Angeles. Most of “Drive All Night” was lit with only four LEDs: two Litepanels Gemini Soft 2x1 and two Gemini Soft 1x1 panels.

William says, “My approach to cine-style lighting is typically very minimal. I like to lean into what the environment is already giving me and enhance the natural light – and the Geminis were perfect for that.”

Color plays a strong symbolic role in ‘Drive All Night.’

“My gaffer and I came up with a scheme in which every character would be lit with a color that symbolized that person’s particularly journey through the story,” William explains. “The Geminis’ fantastic color capabilities gave us the flexibility to dial in different colors on the fly, see how they were interacting with each other, and then adjust each light accordingly until the mood felt right. There’s no way we could have done that with traditional gels.”

For one scene in which Cara, the lead female character, sat at a bar table, the crew combined the two Gemini 2x1 panels with snap grids and two 4x4 diffusion frames to provide a key light for her face. “We set the Gemini at 3,300 Kelvin and used a lavender gel setting to bring out really gorgeous hues on Cara’s skin,” William explains. “The two Geminis and the diffusion frames essentially created a giant wall of soft lights that keyed her with beautiful, flattering light.”

In another scene, William used lighting to symbolize the taxi driver’s inner chaos as his world was increasingly shaken up by events of the night. “We programmed the Geminis to fade very slowly and subtly from one color to another as the driver’s situation evolved,” he says. “The changes are so subtle that they aren’t readily apparent to viewers, but the subliminal effect really helps communicate this character’s growing turmoil.”

Gemini’s outstanding dimming capabilities played another role in setting the mood for “Drive All Night.” For scenes inside the car, with Cara looking out the window from the back seat, the crew used a single Gemini 1x1, dimmed all the way down to 1.5%, as a book light in the front passenger seat. “We wanted these scenes to be very dark, but even so, we needed a steady glow of light on Cara’s face,” William notes. “The Gemini 1x1 is so small that it was able to create the effect in a very subtle way, with just a bit of the lavender light. The light quality was absolutely incredible, even at such a low level.”

For the car scenes and several other practical location shots, the crew powered the Geminis with Anton/Bauer Dionic XTs – the same batteries that drove William’s ARRI Alexa XT camera with Sigma Cine Zooms alongside a 7-inch SmallHD monitor. “The Geminis were dimmed, but it was still quite remarkable that we were able to run them on a couple of batteries for the entire day,” William says. “With everything else you have to think about on the set, it’s nice not to have to worry about whether your batteries will get you through a shoot.”

“The Geminis are so lightweight and easy to use that they never get in the way of our creativity,” William says. “That’s especially important on a production like ‘Drive All Night,’ which had a very small crew. We could get them rigged really fast on location and start adjusting them right away to paint the look for a given scene. We simply would not have had that creative freedom with bigger, heavier lights that take longer to rig and need an external power supply.”

As an established talent in the Los Angeles indie filmmaking scene, William is a strong believer in the storytelling role of lighting. “I think a cinematographer’s job is to take a storyline and give it meaning. It’s important to understand what you want to say with your imagery first, and then figure out how to communicate that meaning through lighting and camera.”

He adds, “That’s why Gemini LEDs play such a critical role in my work. They give me so much freedom to experiment with color and try different effects, and they do it with less hassle and using less power. The Geminis are important tools in my storytelling toolkit.”