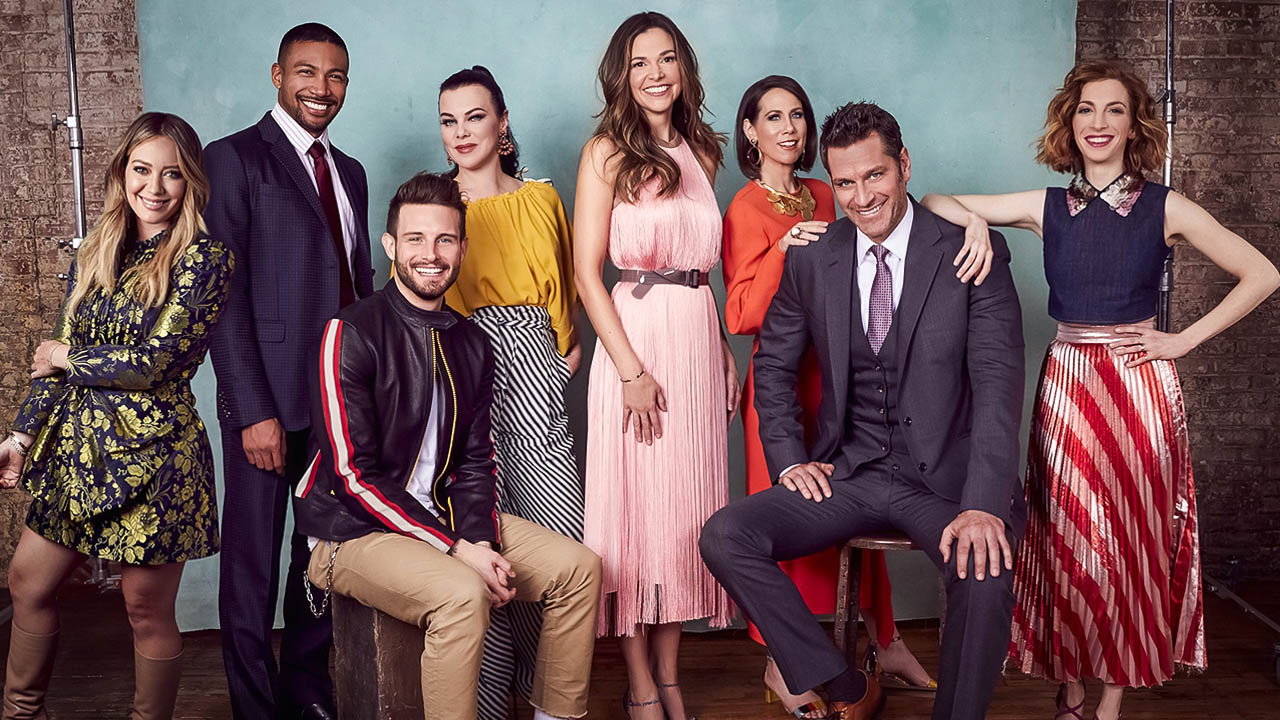 Dan is a Lighting Console Programmer who works on episodic television shows and feature films in New York with over 13 years in the business. Drawing from experience in both traditional lighting and the latest LED and wireless tech, he brings a wealth of knowledge to productions to ensure both the reliable operation of the lighting rig and the skills to execute the creative visions from the Gaffer, DP, and Director. Dan's most recent credits include Younger, Law & Order SVU, The Last O.G., and Madam Secretary.

Younger, now in its seventh season, focuses on the life of Liza, a 40-year-old single mother, who pretends to be younger than she is in order to find a job amongst New York’s book-publishing elite.

The show is shot in offices, restaurants and places where young professionals in publishing would populate. Lighting programmer for Younger, Daniel Choy Boyar, sums up the tone of the show. “This is not a dark, dramatic show, it’s a light hearted comedy and we want to make these people look good – so the lighting is flattering.”

Dan is in full control of the lights for Younger, on the stage and on location. Season seven is the latest and Dan has been using the new Litepanels Apollo Bridge for DMX control and as it turns out, a whole lot more as well.

“They shuttle from the truck on location to stage and between sets, although on location we typically just have floor lights.” Once the lighting technicians place them and power them up Dan takes control wirelessly. “Mainly I’ll be the remote controller of all the lights on location.”

Old out, much younger in

Many new shows and some notable old ones are converting to multiple LED light set-ups and looking to build reliable DMX gateways. Dan explains how it was with conventional dimming practices, “There used to be a lot fewer challenges because the lighting networks were a single ethernet cable connecting the consoles to the DMX gateways in the dimmer room. But in the past few years there have been more and more multi-parameter LED fixtures in film and television and they’re replacing more and more of the conventional incandescent and fluorescent fixtures."

Dan describes what has changed now LED lights are so ubiquitous. “We now have a DMX gateway above every set and on the outside of every set-wall at a reachable height. So we had multiple light Universes per set, about eight Universes on each stage. That obviously adds complexity to the lighting network.  Not only that, we wanted to control both stages via a single console. We wanted to link the two we had together."

On each stage we had Apollo Bridges serving as WiFi access points so we could troubleshoot and control the lights from either a smartphone App or a tablet.

Younger season seven was the first show that used the Apollo Bridge. Dan was impressed from the start. “It was a new product when we started the season, I’d used some similar products before so I gave this a shot. It really made our workflow so efficient that once I’d set it up at the beginning of the show I really didn’t have to think about it at all."

The Apollo combines many devices in to one. Essentially it’s a CRMX transmitter, a DMX wired node, a WiFi access point, an enterprise class router and it’s all in one small package. If you’re using any of those things the Apollo can take care of all your needs.

Dan saw this multi-tool in one small package as a major advantage of the new system. “It’s such a lean form factor but packs all the devices in to one. With five other devices you can do what one Apollo does but in a more disorganized and expensive way.”

Dan also found there were huge advantages of having multiple Apollo Bridges on the set. “The first is a big one. Because of a limitation of LumenRadio, each transmitter can only be used for one Universe of light. So if you need multiple Universes of wireless coverage you’ll need more than one Apollo."

“For the job I’m on at the moment, I’m using one Apollo that links to wireless lights on a stage and I have another one that travels with the truck package. We move that from set to set and the other one stays dedicated to the single stage." says Dan.

The second reason why you need another Apollo Dan continues "is to use them as access points to your network, so it does double duty. You not only get the access points but when you need that second Universe or third Universe they’re there and that reduces the number of different devices you need on-set.”

On the new season of Younger, Dan used a lot more LEDs than conventional lights and a lot of these he’d used for the first time on the show. “Our main stage lights were Litepanels Gemini 2x1 and 1x1. And we also used LightBlades from NBCUniversal, Colt LED tubes and we had a few Incandescent Picos, Par Cans and Fresnels.

Building an IP-based lighting network for Younger was made easier by one of Apollo’s exclusive features. “When you’re building a lighting network that consists of more than a couple of gateways you want to use static IP addresses to help you keep track of them. Now, there’s two ways to do that. The first is to manually enter the IP address in to each device and the second is using a feature I learned on the Apollo." Says Dan.

“The Apollo had a pretty exclusive feature, it lets you assign static IP using DHCP. It will assign those IPs to any device on the network without having to go to that device’s configuration whether that device is a gateway, an access point, a console, a smart phone, a tablet or another Apollo. No matter what the device is on the network if you just set that to DCHP the Apollo will assign a static IP to it." For Dan, these exclusive features proved invaluable.

“This is basically one of the advanced router features of the Apollo that you can’t get in any other similar device. It’s a feature that you would get if you purchased an enterprise level network router or gateway. In our industry this is the only product that I’ve seen that will really simplify your lighting set-up in a much more streamlined way." Says Dan.

“Especially if you already have devices rigged in to the grid and you want to change its IP, you can do that remotely on the Apollo interface. The reason you want static IPs is so you can keep track of all your devices because with modern lighting networks you have so many devices on there. If you have a rigging department that comes in and they want to connect their tablet or their phone to flash that light before the main unit arrives, with a traditional static IP you’d have a list of all those somewhere and if you wanted to add a device it gets very messy.”

Apollo's unique features like the dual-band WiFi, powerful network administration, DMX output and the WAN port are what set it apart from other products. "The WAN port can be particularly useful especially for broadcast television where you have an existing network for video and sound." Says Dan.

“If you want to ‘piggyback’ on their network infrastructure and not interfere with their IP ranges and their data, you can use the WAN port. The Apollo will create its own local network and assign its own IPs while still using the wired network infrastructure that already exists in the studio.” Concludes Dan.

I would definitely recommend the Apollo to any board operator or programmer who works in film and television.

Discover more about Apollo or locate your nearest dealer here.

If you missed our webinar with Dan, you can catch up and watch the recording below as we discuss Programming Television Drama Lighting with Wireless DMX.

Concert lighting with a twist