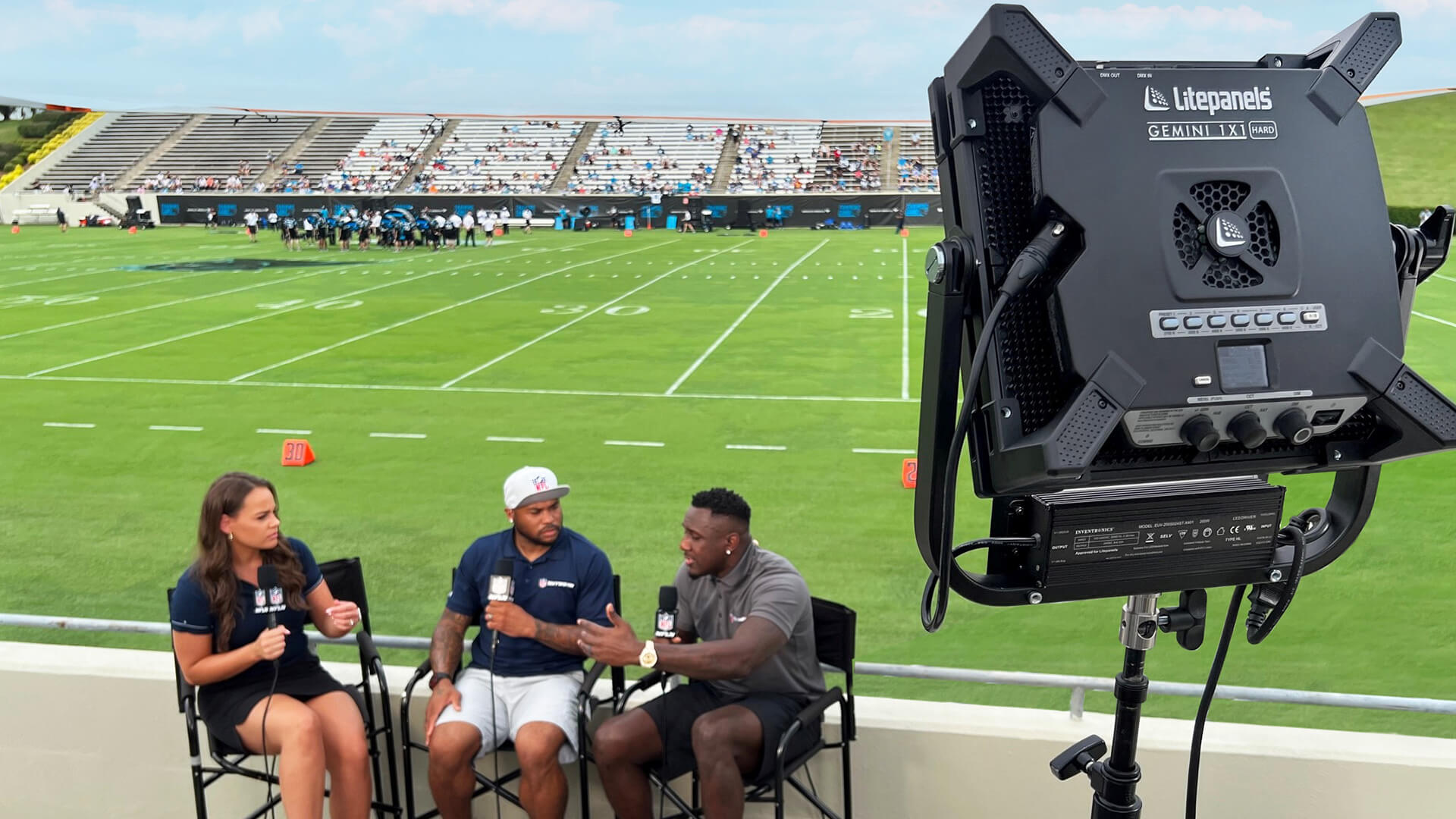 First on the Field 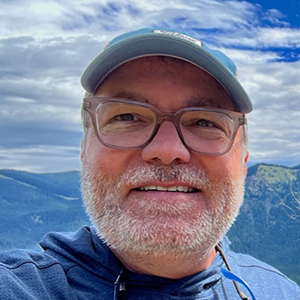 In 1997, Jim started Kencom, Inc., a multimedia company that specializes in sports, news, and corporate video production and has produced content for over 400 companies. Current clients include: Fox Sports, The NFL Network, Lowe’s, Inc. and several other Fortune 500 companies.

Up at 4am in the dark and rain. Loading up a truck for a 6am start. A 12-hour shift ahead.

That may not sound like an ideal day to most people. But when that day ahead involves shooting the Carolina Panthers for the NFL Network or some NASCAR action for FOX, that’s a great day.
It’s also just another day for broadcast cameraman, Jim Kenney.

There is no such thing as a 'typical' day though. Jim has captured everything through his lens, from presidential races and hurricanes to World Series Baseball and The Superbowl. With no two days the same, shooting anywhere from a small garage to a football stadium, Jim needs equipment that is versatile, powerful, fast, and reliable. For lighting, that means Litepanels’ powerful Gemini 1x1 Hard.

Best of the best

Creating broadcast output for NFL Network and FOX, Jim chooses his equipment with care. “They are among the best of the best, and I say that for both networks,” he says. “When you get to network level, they want the best and expect the best - there’s really not a whole lot of room for error.” Having worked with networks including ESPN, CBS and NBC over his 35-year career, Jim speaks from experience. “You figure out what works, and experience pays off.” He says, “Hopefully when you get home at night you don’t get any phone calls asking why it was lit like that or shot like that – that’s a good day!”

Game day at the Carolina Panthers’ Bank of America Stadium in uptown Charlotte sees Jim rolling a three- or four-person crew. “In addition to myself as DP, I'll bring a technical assistant along, a second camera operator, a sound/audio tech, and then some type of grip or engineer to help,” he says. “We prep the day before - we fiber out of the stadium for our live shots. So, there's a little bit of technical work setting that up. It's a 4am wake up on Sunday morning to get to the stadium for a 6am offload.”

Live on air at 9am, Jim and the crew broadcast six to ten live pre-game segments thru the morning. To light the subjects, they use Litepanels’ Gemini 1x1 Hard fixtures. “We usually put the subject under a scrim to take the sunlight directly off the top of their head. And then I need enough punch coming in from my light sources, so that I don't have to blow out the background,” says Jim. That's where the Geminis excel,” he says.

Capable of delivering up to 3000 lux at 10 ft, Gemini 1x1 Hard is about eight times brighter than the original Astra 1x1 and two times brighter than an Astra 6X. “I have some of the original Astra white panels,” he says. “They've been wonderful and they're beautiful indoors, but they sometimes don’t have enough punch to take them outside in bright sunshine.” The 74,000 seat Panthers stadium covers 33 acres, but Jim needs to work in a small footprint, typically just 15 by 15 feet.

The Geminis are small enough to have them offset left and right in the small space we have on the field side-lines, but they give you plenty of light."

“I probably used them 15 times now for different outdoor scenarios, and 14 out of 15 times they were enough punch. Maybe on a super-bright, cloudless day you might need a little something extra, but I'll tell you right up to that point I get plenty of light”. The extra punch from Gemini Hard lights means that light can be modified in the same small footprint without compromising on space or output. “There is always a softbox, a lantern or a grid available,” says Jim. “I know if I want to light somebody from head to toe, with a softbox, I’ve got that – and it’s going to be gorgeous.”

At one o'clock, the game kicks off and Jim and his team are down for a couple hours during the game. “After the game we will go out to interview the hero of the day on the field,” says Jim. “Then we’ll go the locker rooms, get some post sound, feed all that back and the day usually ends about 12 hours after we started at 6pm”.

Lighting up the big show

With the Gemini 1x1 Hard proving its worth, game after game, Jim has recently been using its double-width stablemate – Gemini 2x1 Hard.  “That light is amazing!” he says. “If the 1x1 Hard is eight times more than what I had before, the 2x1 Hard is probably eight times more powerful again.” As the league opened, on kick-off Saturday, Jim was set up at the Panthers training camp for a big show featuring linkups to all 32 teams.

To light three people in bright sunlight under a pop-up tent, I had the Gemini 2x1 Hard on one side and paired two 1x1 Hard lights on the other side, and it was perfect."

“After the show, we got we got some feedback from other people covering their teams in other stadiums asking what we are using to light our talent? Why does that look so good?”

Having used both the 1x1 Hard and 2x1 Hard versions of Litepanels Gemini, Jim is an advocate. “I was I was using the 1x1’s at a home opener and one of my good friends, who works for another network, came over and said he had bought a Gemini 1x1 Hard and he was using it with an HMI. When I told him about the Gemini 2x1 Hard and how it was 10 times brighter than what he had, he said he’d just ship his HMI back and get a 2x1 Hard.

Long days capped with loading equipment in and out of trucks at each end means Jim chooses every piece of equipment carefully. “Whether I'm at the racetrack, or at the football game or just doing a small interview somewhere – firstly, everything needs to be extremely well built,” he says. “Whether it's a camera, microphone, lens, or light, it is going to hold up in the environment. I'm going to take stuff off a truck and put it back on 10 times a week. I don't want anything easily breaking.” He continues, “Secondly the equipment needs to give me the output that I need. LED panels didn't always have that much output, they have progressed so much.

I can put two stands up with two Litepanels Geminis, turn them on and BAM I got plenty of power and they're not taking up a huge amount of room.”

The Power for Breaking News