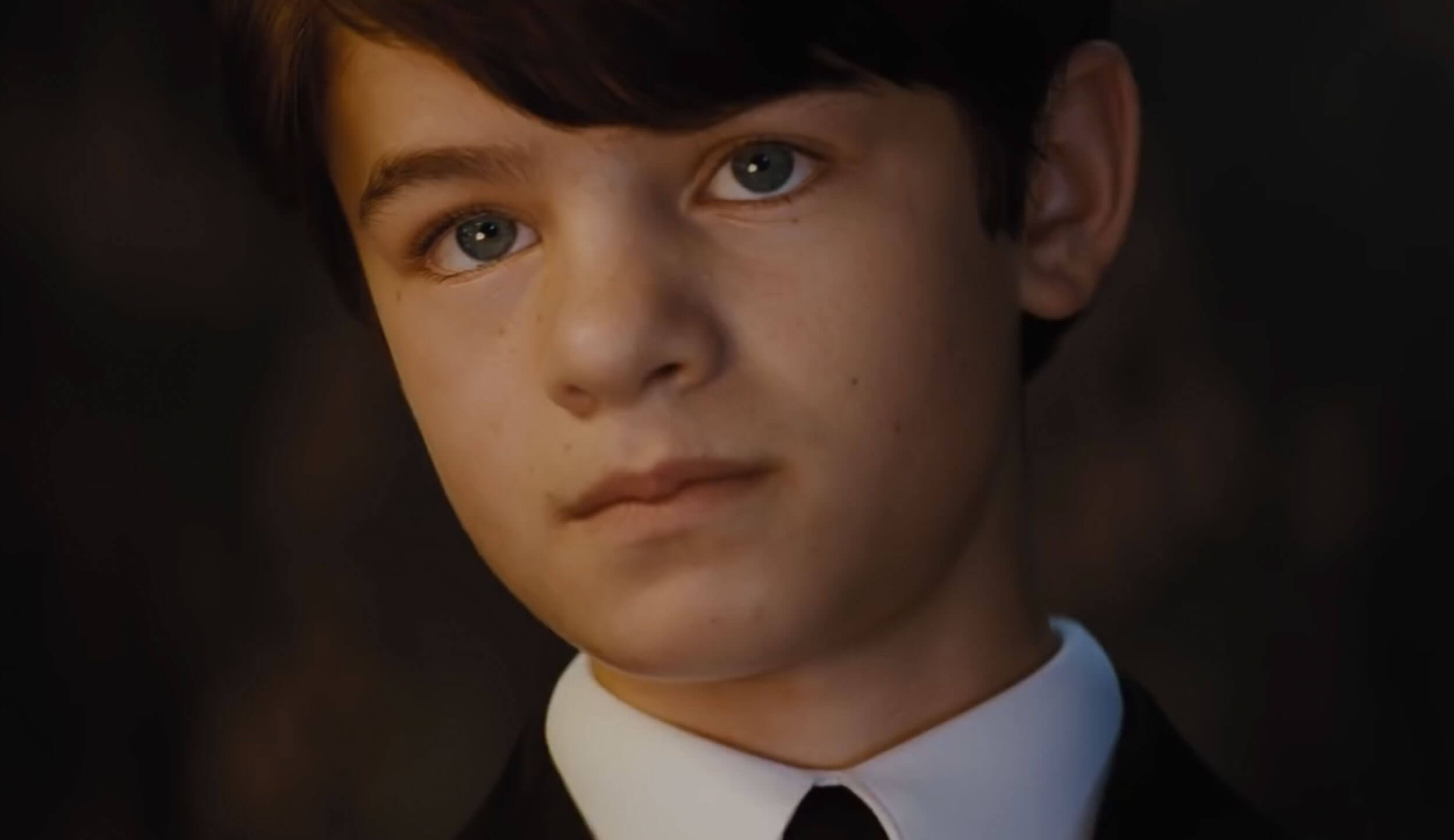 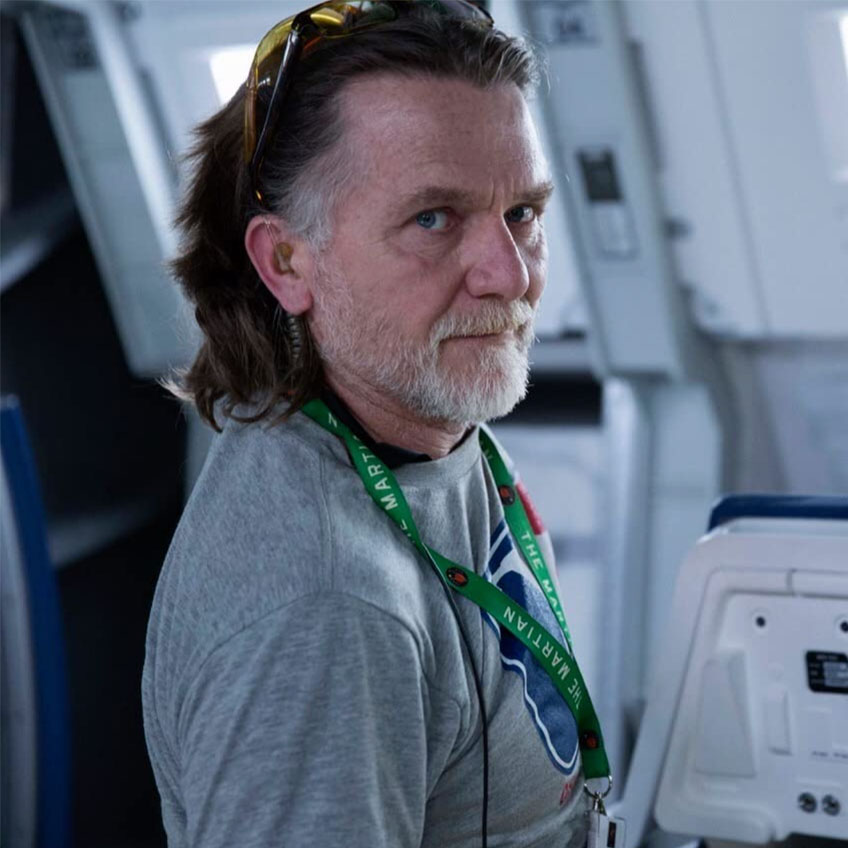 Chief Lighting Technician, Julian White has a long history of working in the motion pictures and film industry. In addition to his work on Disney's "Artemis Fowl", he has worked on major studio releases including Ridley Scott’s “The Martian”, Kenneth Branagh’s live action “Cinderella” and his adaptation of “Murder on the Orient Express”, Ben Wheatley’s reimagining of Hitchcock classic “Rebecca” and the post-apocalyptic tale “The Midnight Sky” for Netflix.

With a background in fine art through formal training and youthful summers spent painting at his grandparent’s house in Italy, Julian’s unique approach to lighting is through a painter’s eye.  His artistic interpretation of the director’s vision has seen him progress to the top of the film industry working on major studio releases including Ridley Scott’s “The Martian”, Kenneth Branagh’s live action “Cinderella” and his adaptation of “Murder on the Orient Express” and Ben Wheatley’s reimagining of Hitchcock classic “Rebecca” for Netflix.

To bring Artemis Fowl to life, Branagh reformed the tried and tested creative team of Julian and director of photography Haris Zambarloukos, who have worked on 11 films together.  “Having worked with Ken and Harris so many times, we have developed a sort of shorthand,” says Julian, “we are all familiar with each other’s tastes and sensibilities and we have shared points of reference, so it makes things easier.  When you go on a journey together, you develop a bond.”

Creating the Artemis Fowl universe meant building two sets.  The stately Fowl Manor of Artemis’ world and the underground fairy world of Haven City.  For the film, Fowl Manor was created from scratch on a hill on the back lot of Longcross Studios in the UK.   “Ken wanted a composite set so that we could go in and out of the set without having to cut; so we could do very long tracks and you could see out the windows,” explains Julian, “Typically, on other films, two sets would be used that make up one, but it limits your ability to move through a set easily then you have green screen and VFX and prop greenery and things like that whereas Ken wanted to create our set so the audience would have full immersion”.

Building a complete set meant that the crew needed full control over everything. “Essentially, we designed a studio in a location,” says Julian, “We built a grid, we wired the whole building from top to bottom with 3-phase power, we had everything on Wi-Fi control, all the practicals were dimmable, everything was manoeuvrable, and we had electric hoists so we could drop spotlights, lamps and rigging in and out efficiently.”  To provide light outside the huge windows of the manor, Julian’s team used cranes with 18K Arrimaxes and Bi-Color LED walls to increase their flexibility. “Our challenge, as always,  was trying to find the balance,” he says, “we had three things going on, we had the amount of light coming through the windows, the full engineering of the interior with our own lights and the ability to be completely flexible where we could just strip stuff out overnight or bring stuff in or out very quickly.  So, it was very technical and creative at the same time”.

Julian employed Litepanels Gemini 2x1 Soft RGBWW Led panels on the Fowl Manor set to provide key lighting.  “We used three or four of the Gemini lights around camera with Chimera softboxes and DoPchoice Snapgrids” says Julian. “I could just hit the 5600k button and quickly fine-tune to get the exact light I needed.  Having previously tested the Gemini lights, Artemis Fowl was the first production for which Julian specified Gemini. “We used Gemini over other lights because they are lightweight and have a built-in power supply,” he says, “The Gemini lights do everything that other lights do, so why would I choose something that’s heavier or needs more cables?  Ken wanted us to move quickly and if it takes two people to move a light rather than one then you have got to wait for someone to come and help you, but at just 10kg the Gemini is so lightweight I can move it instantly.  The output is great, the quality is great, they are lightweight, and they can run at full power on batteries. The Gemini for me ticks a lot of boxes not only in its physicality but also in its output and quality.”

With the ability to recreate over 16 million colors with full control over hue, saturation, and intensity, and a further 300 digital gels, Gemini proved a natural choice to help create the magical underground fairy world of Haven City.  “Haven city is a fantasy world which needed a lot of saturated color,” says Julian, “we had to decide how to light a world that is created mostly with visual effects so that it couldn’t look bland, we wanted it to be interesting and different, to really push the boundaries so we decided on having a full RGBW set.”  They achieved the distinctive color palette of Haven City using digital gels set to the fairy world’s signature Peacock Blue and Golden Amber colors and adjusting the saturation and color temperature to achieve the perfect color.  A fantasy world meant that Julian’s team could get creative with lighting effects. “We created some large hanging water troughs with moving lights shining through so we could create a shimmering sub-aqua atmosphere with light which turned out to be quite a challenge because water obviously doesn’t behave as much as you want it to. It was about finding the balance between looking like a special effect or reality, I think we achieved that balance, but it wasn’t straightforward, it was quite a challenge.”

From one stately home to another.

Moving on from Artemis Fowl, Julian worked on Netflix’s adaptation of the Hitchcock classic, “Rebecca” which involved a lot of location work. “I think we worked in practically every historical home in the south of England at some point,” says Julian, “We used Gemini around camera a lot, we used them in set a lot.  Because we were in small spaces, we had to be very wary of heat so LED was the obvious choice, and again the Gemini is very lightweight and flexible. You don’t need lots of power cables.  When you are working on location in a stately home its difficult, you must be swift, so you don’t want big, heavy, difficult-to-handle lights, so we used Gemini both around the camera and rigged because they’re very versatile.  Gaining access through windows and doorways is always tricky so the battery power came in use time and time again. Very satisfying.”

“We use LED lighting a lot more now,” says Julian, “It’s a labor-saving device, the quality is great, you don’t need as much power it’s so efficient”.

“Artemis Fowl” is available to view now on Disney+

“Rebecca” is available to view now on Netflix

“The Midnight Sky” is available to view now on Netflix